AWS (Amazon Web Services) is one of the biggest cloud providers along with Microsoft Azure with data centers across the globe. They provide a mixture of IaaS (infrastructure as a service) and PaaS (platform as a service). Their offerings include a large number of services that can easily replace most of the infrastructure you would have in a traditional datacenter and perhaps even more.

As you can see they cover most of the world, except Africa and some parts of Asia and Middle East. So if most of your users are located in Europe, the US, most of Asia or Australia + New Zeeland then you’re probably okay using AWS. So one of the important factors are in using AWS is which locations are important for you and your users.

That being said, AWS has an extensive IaaS offering including but not limited to:

They also have started making PaaS offerings, with the notable mentions of EB (Elastic Beanstalk) and Lambda. EB combines multiple IaaS such as EC2, load balancers, networking capabilities, database into a platform which is managed by itself and the user only has to deploy the application to EB which will in turn take care of the rest. For Lambda, there is no infrastructure at all, you just deploy your application to it and it will run on certain triggers with no underlying visible infrastructure.

Scalability is one of the main drivers for AWS, compared to traditional infrastructure. With AWS you don’t necessarily have to plan in advance your infrastructure, unless you are really cost centric, because AWS is able to scale up and down as needed and even automatically if a PaaS is chosen. I remember there were times when you’d have to plan in advance, months or perhaps years the buildup of a datacenter, the requirements and the tremendous costs associated with it. With AWS you can just spin off as many machines you want or storage capability and you’ll just pay for it. And once you no longer need it, you can terminate it and everything will be fine. If we are to think about reliability and security I could easily say that AWS is more reliable and probably more secure than most traditional data centers out there, not to say that they are perfect but they rarely have incidents and when they do they alert their users and usually tend to have quick fixes.

I think one of the main disadvantages for using AWS is the learning curve, especially if we are talking about regular software developers which are the most users of AWS. The amount of details and configurations in AWS is extensive and getting to know each and every option will take time, plenty of time. Now luckily, AWS has decent documentation and they have a CLI you can interact with so you don’t necessarily have to remember all the UIs. And once you have learned it, it will be hard to give up on it, because the learning curve is high and some of the concepts and technology is proprietary. So, for instance you start using lambda, you’ll start writing your code in a certain way so that it fits in the lambda model. So, if one day you’d like to switch from AWS to some other cloud provider, that might not be as straightforward as you’d hope.

I think there are many things to say about AWS, from the individual services in the AWS offering to advanced infrastructure designing. Personally, I really like AWS Elastic Beanstalk and CloudFormation. The first one is a PaaS solution that will take care about VMs, monitoring, scaling, alerting, deployments, logging and many other things while CloudFormation allows you to design the infrastructure that you need in a very friendly way, finally having as an output a JSON file you can export and use it as a script to later create physical infrastructure. CloudFormation really turns infrastructure into code which is something developers have always liked.

Maybe some people are concerned about CD/CI pipelines while working in AWS, but there is little reason to be concerned about because AWS fully adheres and complies with those principles. AWS is really good in providing SDKs and CLI to interact with their services in a variety of languages which helps a lot in terms of development and scripting.

Obviously most of these services would require a dedicated post for each of them but to keep this one short I won’t go into the details now. I will definitely have separate posts for Elastic Beanstalk and CloudFormation soon. 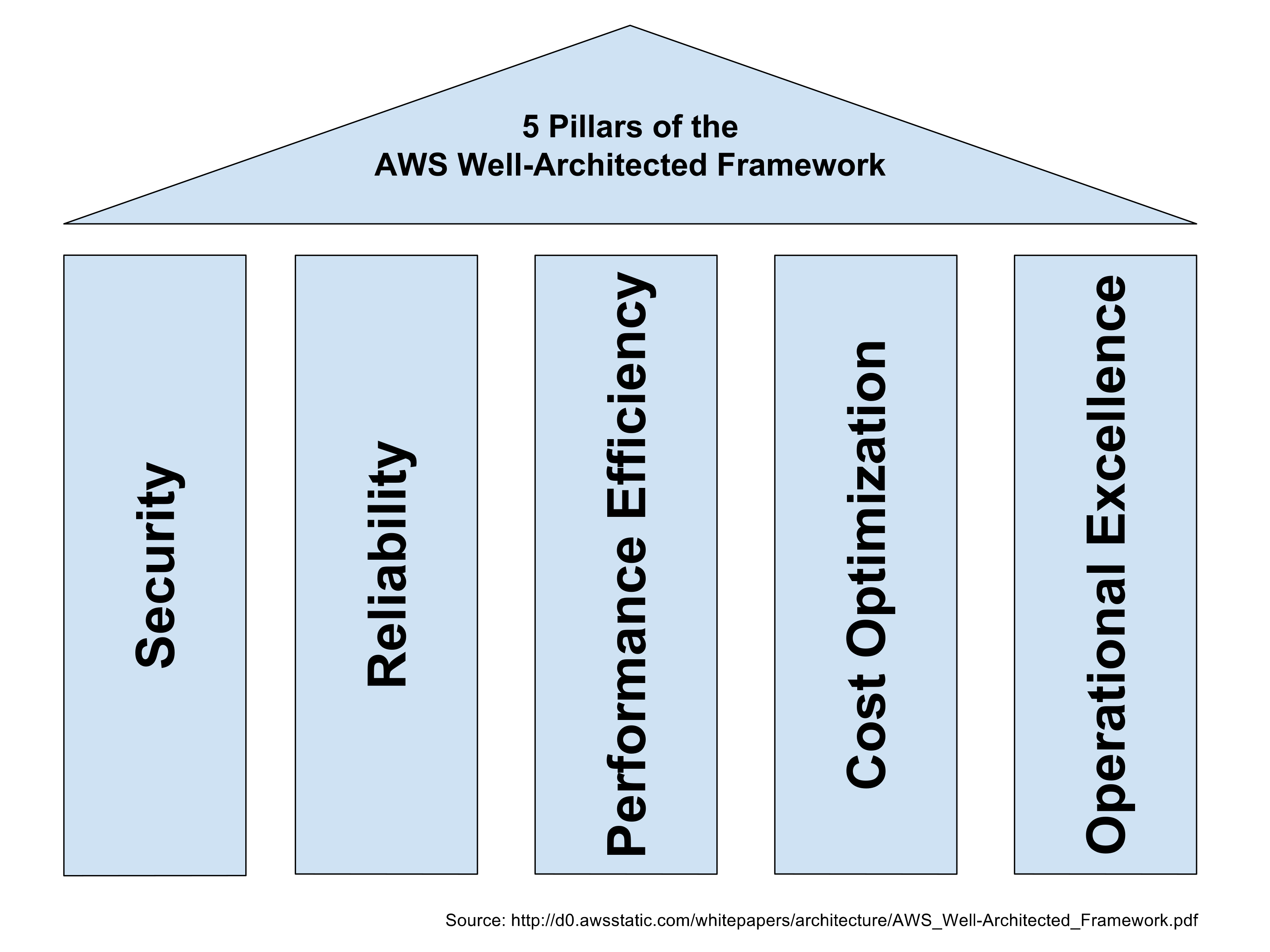 Finally I can really recommend you the AWS Well Architected Framework, which is a set of principles and guidelines set by AWS separated into pillars that will help you design and maintain the infrastructure you need for your services.